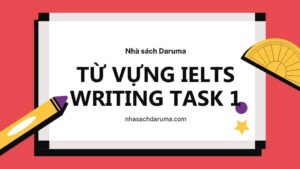 Vocabulary for the Introduction Part:

1.  The diagram shows employment rates among adults in four European countries from 1925 to 1985.

2.  The given pie charts represent the proportion of male and female employees in 6 broad categories, dividing into manual and non-manual occupations in Australia, between 2010 and 2015.

4.  The supplied bar graph compares the number of male and female graduates in three developing countries while the table data presents the overall literacy rate in these countries.

5.  The bar graph and the table data depict the water consumption in different sectors in five regions.

6.  The bar graph enumerates the money spent on different research projects while the column graph demonstrates the fund sources over a decade, commencing from 1981.

7.  The line graph delineates the proportion of male and female employees in three different sectors in Australia between 2010 and 2015.

2. If there are multiple graphs and each one presents a different type of data, you can write which graph presents what type of data and use ‘while’ to show a connection. For example – ‘The given bar graph shows the amount spent on fast food items in 2009 in the UK while the pie chart presents a comparison of people’s ages who spent more on fast food.

3. Your introduction should be quite impressive as it makes the first impression on the examiner. It either makes or breaks your overall score.

4. For multiple graphs and/ or table(s), you can write what they present in combination instead of saying which each graph depicts. For example, “The two pie charts and the column graph in combination depicts a picture of the crime in Australia from 2005 to 2015 and the percentages of young offenders during this period.”

Caution:
Never copy word for word from the question. If you do, you would be penalized. always paraphrase the introduction in your own words.

The General statement is the first sentence (or two) you write in your reporting. It should always deal with:

Example: The diagram presents information on the percentages of teachers who have expressed their views about the different problems they face when dealing with children in three Australian schools from 2001 to 2005.

A good General statement should always have these parts.

Vocabulary for the General Trend Part:

In general, In common, Generally speaking, Overall, It is obvious, As it is observed, As a general trend, As can be seen, As an overall trend/ As overall trend,  As it is presented, It can be clearly seen that, At the first glance, it is clear, At the onset, it is clear that, A glance at the graphs reveals that…

1.  In general, the employment opportunities increased till 1970 and then declined throughout the next decade.

2.  As it is observed, the figures for imprisonment in the five mentioned countries show no overall pattern, rather shows the considerable fluctuations from country to country.

3.  Generally speaking, citizens in the USA had a far better life standard than that of the remaining countries.

4.  As can be seen, the highest number of passengers used the London Underground station at 8:00 in the morning and at 6:00 in the evening.

4.  Generally speaking, more men were engaged in managerial positions in 1987 than that of women in New York this year.

5.  As an overall trend, the number of crimes reported increased fairly rapidly until the mid-seventies, remained constant for five years and finally, dropped to 20 cases a week after 1982.

6.  At a first glance, it is clear that more percentages of native university pupils violated regulations and rules than the foreign students did during this period.

7.  At the onset, it is clear that drinking in public and drink-driving were the most common reasons for US citizens to be arrested in 2014.

8.  Overall, the leisure hours enjoyed by males, regardless of their employment status, were much higher than that of women.

The structure of the IELTS Academic Writing Task 1 (Report Writing):

Introduction (never copy word for word from the question) + Overview/ General trend (what the diagrams indicate at a first glance).

Main features in the Details
+ Comparison and Contrast of the data. (Do not give all the figures.)
+ Most striking features of the graph.

3. DO NOT give numbers, percentages or quantity in your general trend. Rather give the most striking feature of the graph that could be easily understood at a glance. Thus it is suggested to AVOID –

“A glance at the graphs reveals that 70% of the male were employed in 2001 while 40 thousand women in this year had jobs.”

“A glance at the graphs reveals that more men were employed than their female counterpart in 2001 and almost two-third of females were jobless in the same year. “

Vocabulary to Start the Report Body:

Just after you finish writing your ‘Introduction’ (i.e. General Statement + General overview/ trend), you are expected to start a new paragraph to describe the main features of the diagrams. This second paragraph is called the ‘Body Paragraph / Report Body”. You can have a single body paragraph/ report body or up to 3, (not more than 3 in any case) depending on the number of graphs provided in the question and the type of these graphs. There are certain phrases you can use to start your body paragraph and the following is a list of such phrases —

Vocabulary to show the changes:

1.  The overall sale of the company increased by 20% at the end of the year.

2.  The expenditure of the office remained constant for the last 6 months but the profit rose by almost 25%.

3.  There was a 15% drop in the ratio of student enrollment at this University.

4.  The population of the country remained almost the same as it was 2 years ago.

5.  The population of these two cities increase significantly in the last two decades and it is expected that it will remain stable during the next 5 years.

Tips:
1. Use ‘improve’ / ‘an improvement’ to describe a situation like economic condition or employment status. To denote numbers use other verbs/nouns like increase.

2. Do not use the same word/ phrase over and over again. In fact, you should not use a noun or verb form to describe a trend/change more than twice; once is better!

3. To achieve a high band score you need to use a variety of vocabulary as well as sentence formations.

Vocabulary to represent changes in graphs:

2.  There was a sharp drop in industrial production in the year 2009.

3.  The demand for new houses dramatically increased in 2002.

4.  The population of the country dramatically increased in the last decade.

5.  The price of the oil moderately increased during the last quarter but as a consequence, the price of daily necessity rapidly went up.

1.  The price of the goods fluctuated during the first three months of 2017.

3.  The passenger number in this station oscillates throughout the day and in the early morning and evening, it remains busy.

4.  The changes in car production in Japan shows a palpitation for the second quarter of the year.

5.  The number of students in debate clubs fluctuated in different months of the year and rapid ups and downs could be observed in the last three months of this year.

Tips:
1. 4. DO NOT try to present every single data presented in a graph. Rather pick 5-7 most significant and important trends/ changes and show their comparisons and contrasts.

2. The question asks you to write a report and summarise the data presented in graphs(s). This is why you need to show the comparisons, contrasts, show the highest and lowest points and most striking features in your answer, not every piece of data presented in the diagram(s).

Types of Changes/ Differences and Vocabulary to present them:

What criteria would a band 9 graph response satisfy?

Task Achievement:
A) Fully satisfies all the requirements of the task.
B) Clearly presents a fully developed response.

What will be assessed by the examiner?
a) How appropriately, accurately and relevantly you fulfil your task requirements.
b) How accurately you write your report and how appropriately you present the data (compare/ contrast/ show the most striking trends/ features/ data.)

Coherence and Cohesion:
A) Uses cohesion in such a way that it attracts no attention.
B) Skillfully manages paragraphing.

What will be assessed by the examiner?
a) No misinterpretation and presentation of data and trend.
b) How well you organise your paragraphs.
c) Overall clarity and fluency of your report and message.
d) How well you have organised and liked the information, data and ideas in your writing.
e) Logical sequencing and appropriate use of linking devices between and within your sentences.

1. Do not incorporate more than 3-4 paragraphs.
2. Do not use a single paragraph to describe everything.
3. The conclusion part is optional. If you think that you have already written more than 170 words and have nothing to say, you can skip the conclusion.

Lexical Resource:
A) Uses a wide range of vocabulary with very natural and sophisticated control of lexical features.
B) Rare minor errors occur only as ‘slips’.

What will be assessed by the examiner?
a) The range of vocabulary you have used in your writing.
b) How accurately and appropriately you have used words/ phrases while presenting the graph(s) as a report.

Tips: Do NOT use words/ phrases that are already given in the question. Do so only if there is no alternative word(s)/ phrase(s) to convey the same meaning/idea.

Grammatical Range and Accuracy:
A) Uses a wide range of structures with full flexibility and accuracy.
B) Rare minor errors occur only as ‘slips’.

Tips:
Do not use the same sentence structure and data comparison/ contrasting style over and over again. Bring a variety in your writing to show that you can formulate different sentence structures without making any grammatical mistakes.